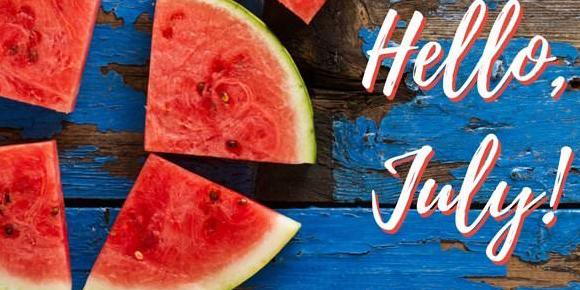 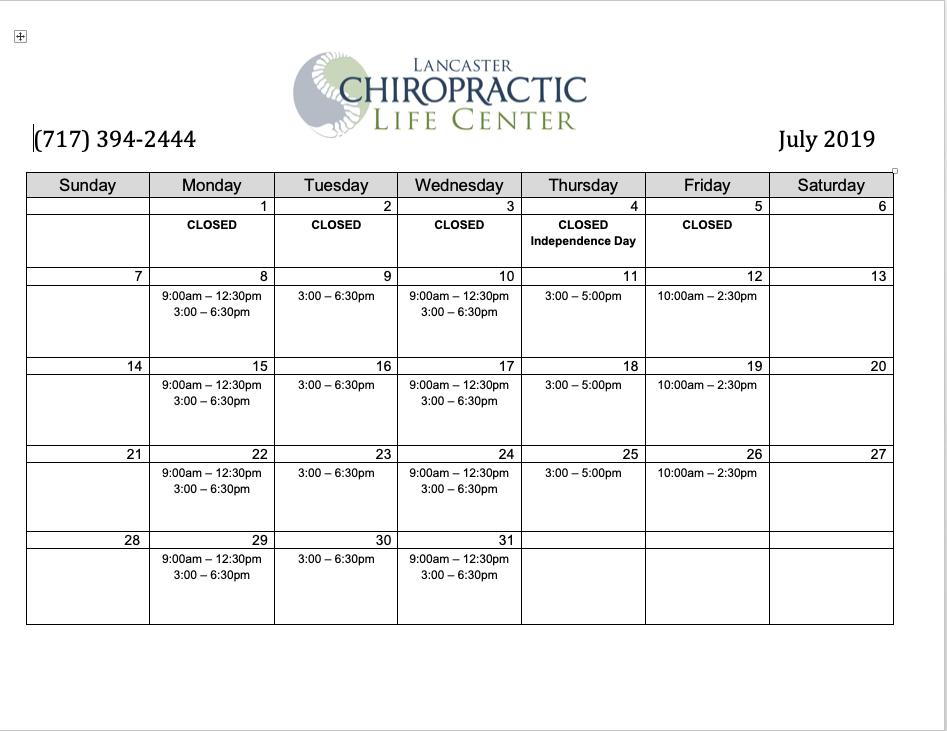 We will be CLOSED Monday, July 1st through Friday, July 5th for our annual summer vacation. Please make sure to stop in and get checked the week prior to closing, as we will not be back in the office until Monday, July 8th.  We wish you all a wonderful holiday week!

Thank you Shelly for your time and service to my practice!

I wanted to take this moment to wish our office manager, Shelly, the very best on her next adventure. Shelly will be leaving us after over 8 years of service at our office. Shelly has been an integral part to the growth and formation of this practice. Together we have helped many people live a healthier and happier life and I couldn’t have asked for a better person to have as a part of my team over the years. While I am sad to see her go, I am so happy for her to be embarking on her new journey in parenthood. Shelly is expecting her little one in mid-August, please make sure to give her your best wishes next time you see her!

The Journal of Pediatric, Maternal & Family Health published a study on April 25, 2019, documenting the case of a woman with a breech pregnancy being resolved under chiropractic care. The woman initially sought chiropractic due to lower back pain during her pregnancy.

A high percentage of the general population will suffer back pain at some point in their lives. Pregnancy is a common factor in the development of lower back pain. The study reports that "Pregnancy-related low back pain has been defined as pain between the 12th rib and the gluteal fold that is present throughout the course of pregnancy. Studies have shown that between 50% and 80% of pregnant women will suffer from low back pain during their pregnancy."

Breech pregnancy is when the fetus is not turned in the normal head down position as the time of birth gets closer. The study reports that between 25% to 30% of all fetuses present as breech before 28 weeks of gestation. By the 34th week, the number of breech pregnancies has decreased down to between 3% and 4% prior to birth.

In this case, a 31-year-old woman with complaints of low back pain presented herself for chiropractic evaluation. The woman was 25 weeks pregnant with her second pregnancy. She stated that her lower back pain had started two weeks earlier while holding her 1-year-old child on her hip. The next morning, she was unable to stand. She described the pain as constant and sharp which was aggravated with all types of movement.

A chiropractic examination showed multiple postural distortions such as a right head tilt, right high shoulder, right high hip and increased midback and lower back curvatures. Her spinal ranges of motions were decreased in many areas. A rolling thermal scan and surface electromyography were both positive for the presence of subluxation. Specific chiropractic adjustments were started to address the subluxations.

At the time of the woman's seventh visit, she reported that an ultrasound showed that her pregnancy was breech. She also reported a significant improvement in her lower back pain. With further analysis, a chiropractic technique known as "Webster technique" was started to address subluxations and intrauterine constraint. It has been reported that intrauterine constraint can prevent the fetus from moving into a normal head-down birth position. The Webster technique was specifically designed to address this issue.

Two visits later, on the woman's ninth chiropractic visit, it was confirmed by her midwife after another ultrasound that the fetus had turned head down into the normal vertex position. The fetus remained in the proper position, and the woman continued to report a decrease in lower back discomfort.

In their study conclusion, the authors wrote, "This case describes the outcome of a 31-year-old pregnant woman with low back pain and intrauterine constraint under subluxation-based chiropractic care." They further explained, "The necessity for restoration of proper biomechanical function before, during, and after delivery is a strong argument for why all pregnant women should be under chiropractic care regardless of the fetal position or onset of low back pain."